Having sufficient illumination for bridges is paramount in maximizing efficiency and preventing accidents. Our top quality LED bridge lighting fixtures provide exceptional lighting capabilities regardless of whether it is the traffic surface itself, under the bridge or in other vital areas. 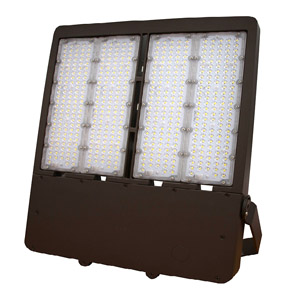 Mounted on the undersides of ceilings or overhangs, these weathertight fixtures provide maintenance free illumination for walkways, corridors & smaller areas.

Affixed to flat vertical surfaces such as walls and tunnel interiors, These are ideal for illuminating areas such as door entrances and small corridors.

Weathertight linear fixtures intended to be suspended from or mounted directly on ceiling surfaces. 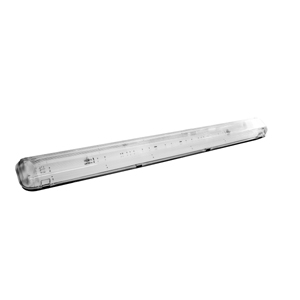 Bridges are a universal infrastructure feature found across the world and date back to the earliest days of recorded history. They play a vital role in transportation and commerce, facilitating the crossing of millions of people and vehicles every day. Keeping bridges open and operational is critical in order to keep the world turning.

Something that is often taken for granted in modern societies is the lighting used to illuminate bridges at night or during conditions of poor visibility. Since half of a bridge's operational life is in the dark, proper bridge lighting is vital to ensure non-stop passage for pedestrian and vehicle traffic. In recent years, the lighting industry has been revolutionized across the board with the introduction of high performance LED technology. This giant leap forward in technology has brought new light to the otherwise dull world of bridge and municipal lighting.

LED stands for Light Emitting Diode, and dates back to the 1960’s when it was commonly used for computers and electronic devices requiring basic light sources with exceptionally long lifespans and nearly zero maintenance. Commonly used for indicator lights or back lights for display panels, early LEDs were not powerful enough to be considered as a primary lighting option.

Fast forward to recent years with the exponential improvement in computer chip technology, and LEDs are now the dominant lighting option in all markets and applications. They have become especially popular with municipal lighting users, due to their energy efficiency, exceptionally long life and non existent maintenance requirements. LEDs produce a dramatically higher lumen output per watt than traditional lights, and while simultaneously emitting a higher quality of light.

This increase in the quality of light is measured using the Color Rendering Index (CRI), which is a scale that quantifies the accuracy of a light source in replicating color. With the higher CRI illumination that LEDs provide, motorists and other bridge users have better vision, increasing situational awareness and improving overall safety. This can pay dividends in the long run, reducing accidents as well as improving traffic flow.

LED lighting also makes for a generally more pleasurable experience for bridge users, as evidenced by a U.S. Department of Energy assessment of LED roadway lighting:

“The project conducted a voluntary Web-based feedback survey of nearly 500 self-described bridge users, who had driven or been passengers across the bridge during the hours of illumination. Users expressed strong preference for the LED lighting, compared to the conventional lighting installed at both ends of the bridge.” (U.S. Department of Energy, 2009, Demonstration Assessment of Light-Emitting Diode (LED) Roadway Lighting)

Lighting requirements for bridges vary considerably depending on the size, shape, length and intended use of the bridge. Generally speaking, bridge lighting will be divided into two main categories - one for pedestrians and the other for road and vehicular traffic. In certain cases with large bridges, pedestrian and vehicular traffic are part of the same bridge and there is overlap with the type and style of lighting used. However for the purposes of this page we will be discussing the two categories individually.

Road bridges with vehicular traffic are the main type of bridge one thinks of when they are contemplating bridge lighting. These bridges have a wide range of sizes, shapes and designs that make narrowing down one specific type of LED light for all situations practically impossible. The primary purpose of light for these bridges is to ensure safe travel for motorists on the roadway surface. In addition to this certain bridges have lighting that not only illuminates the roadway but also the underside of a bridge or other architectural features. Under bridge illumination actually can serve a practical safety purpose in situations where traffic passes underneath the bridge itself, especially over water crossings with ship and boat traffic.

Pedestrian bridges are almost always smaller in size and scale than road bridges designed for vehicular traffic. Accordingly, lighting requirements for these types of bridges are scaled down from their larger counterparts. The basic premise stays the same however, in that the primary goal is to illuminate the surface upon which traffic is traveling. Like road bridge lighting, pedestrian and foot bridges can also feature under bridge lighting to provide stylistic lighting to highlight architectural features as well as provide illumination for any traffic that may pass underneath.

The size, wattage and type of light selected will be determined by the specific lighting requirements for each bridge. Higher powered LED flood lights are a popular choice for the main traffic surface, due to their high lumen output over a wide area. Flood lights that are mounted higher up will require a higher wattage in order to provide adequate illumination, while the opposite is true for lights mounted closer to the traffic surface.

Once the appropriate wattage range is determined, the type of mount can be chosen. This is entirely dependent on the design and functional requirements for each individual bridge, and is something that can be only determined by the end user or installer. Generally speaking, bridge flood lights will have knuckle, trunnion, extruded or yoke mounting types with some higher powered high mast style lights relying on the user to fabricate their own mounting option. The angle at which the light is shining down should be considered prior to narrowing the mount type, as certain mounts have fixed angles and cannot be adjusted.